April 22, 2008 By pamcarriker in Uncategorized 6 Comments 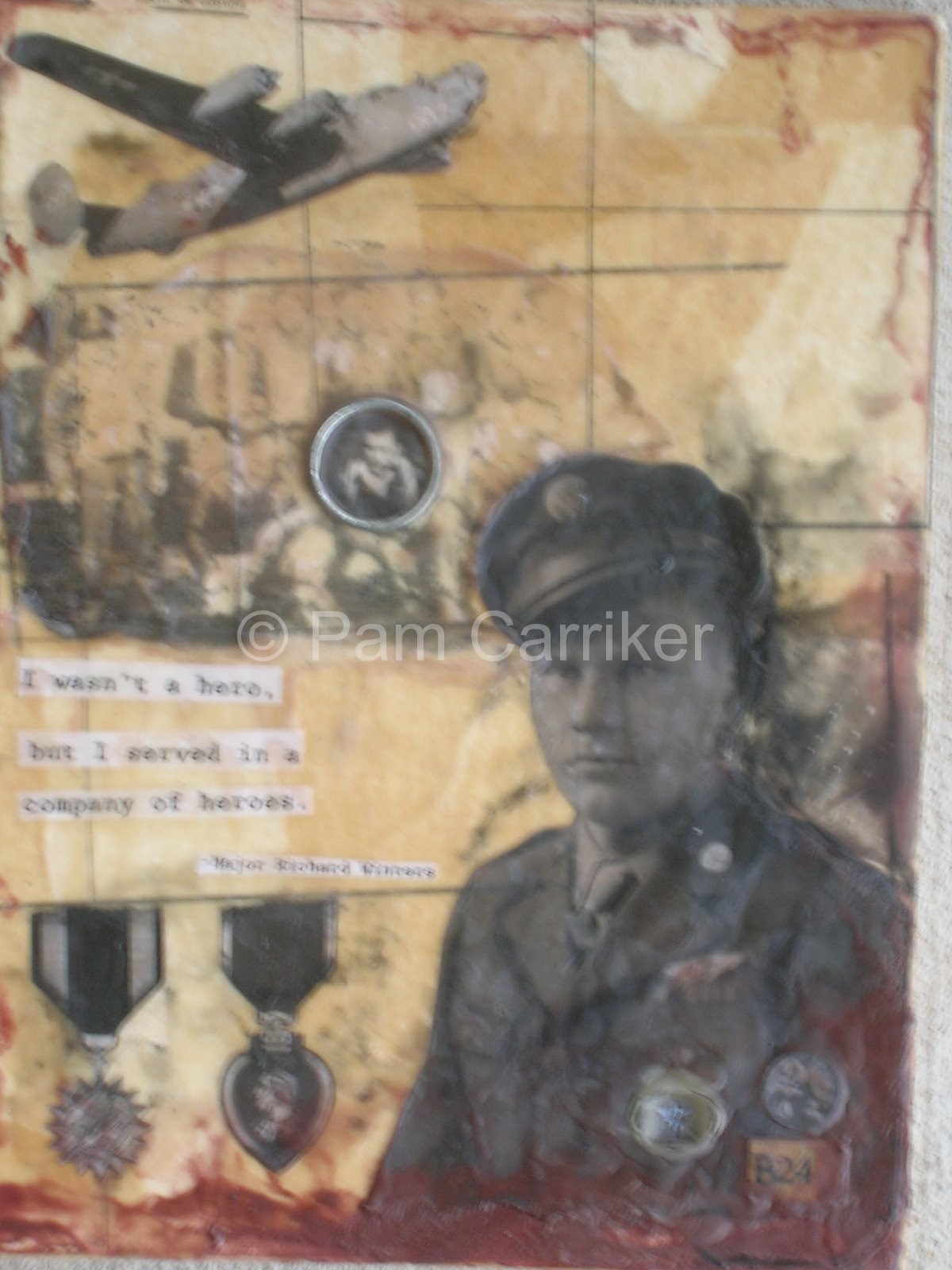 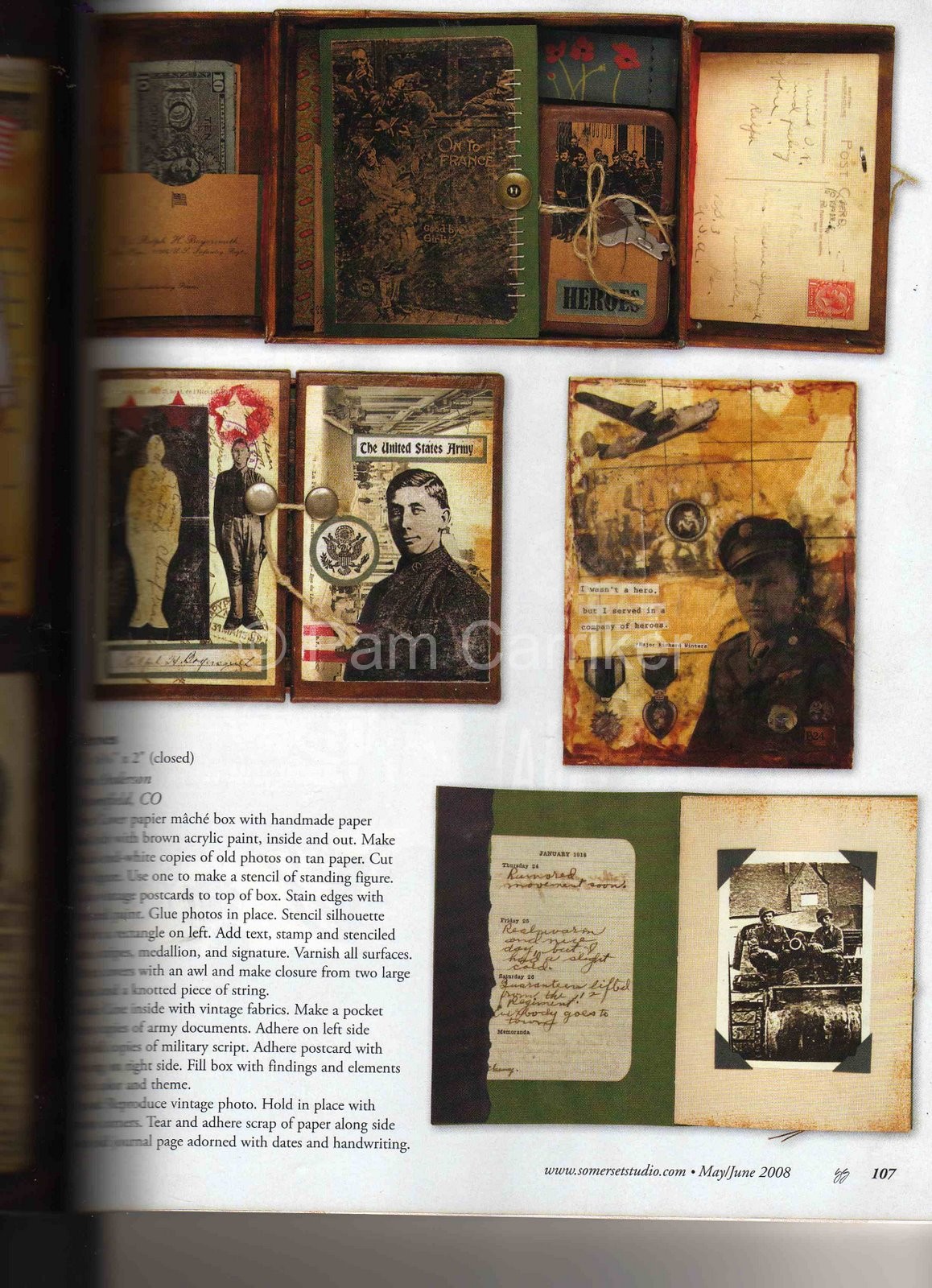 I am so excited that this piece was published! It is called ‘A Silver Ring’ and was done for my husband. His Uncle Rudy was a flight engineer in WWII and his plane was shot down. This collage, was done using beeswax and incorporates an image of the bomber he flew in, his medals, a faded picture of his squadron, and an imprint of the silver flight ring that he wore and that now adorns my husbands finger. My hubby has worn the ring since he became a pilot and has long revered the uncle he never knew. He is 100,000 words into a novel loosely based on his uncle and having this piece published means a lot to me as I made it as a gift for him. The only slight bummer, is that there is a misprint and they gave another artist credit. I called the publisher and they will be printing a correction in the next issue. I guess this happens once in awhile. It is still a joy to see it in print and I can’t wait to show my hubby! The picture to the right was taken with my camera and not too good, kinda washed out, but you can at least get an idea of what it looks like. The magazine image looks really nice.

Unless otherwise noted, all materials on this site are Copyright © 2006-2017 Pam Carriker. All rights reserved. I use Derivan Matisse Paints and Products